The European Capital of Booze

Where is the European Capital of Booze? This post was inspired by a bit of banter with friend and fellow blogger Lucia, over at Turin Epicurean. Anyone that knows someone from the proud city of Torino will know that they can be a little bit like the Indian father from the comedy series “Goodness Gracious Me”, Instead of everything being assuredly “Indian!”, everything you mention is always “Italian!” – or more properly, invented in Turin. 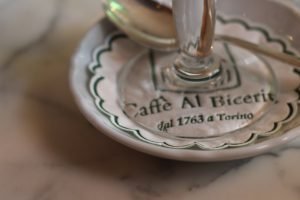 And for the most part, you can see where the Torinese have that attitude – their city is Italy’s chocolate capital, the birthplace of Fiat and Campari, and the cradle of Italian cinema. Not to forget companies like Galup and Leone who come from the Metropolitan area, if not the city itself. They have a lot to be proud of. But when Lucia claimed Turin as the European Capital of Booze it got me wondering. Is it? And if not, where is? 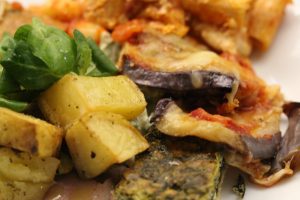 For a people who roundly eschew public drunkeness, the Torinese really have alcoholic drinks running through their veins. As I have already mentioned, the bitter vermouth that is so popular today was invented by Mr Campari in the 19th century.

However, nearly 100 years before, in the late 18th century sweet red vermouth was also created in Turin. It was quickly popularised by the Royal court, although it was France’s Joseph Noilly who invented dry vermouth in the following decades over in France. However, Turin remains the soul of the aperitivi – and even the apericena, where light vermouth drinks are served with a selection of pre-dinner nibbles. 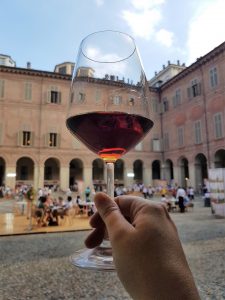 Could there be a more quintessential picture than enjoying this vermouth in Turin?

Vermouth may have come from Turin, but the herbal bitter Aperol which has gained so much popularity in the UK in the last few years was actually invented in Venice. However, the addition of bitter herbal liqueurs to add a kick to spritzed Venetian wine surely drew some influence from the original bitter recipes.

Beer brewing is currently thought to have its origins in the semi-nomadic societies of Israel around 13,000 BC. Evidence is seen for beer being brewed in ritual contexts and is no longer considered to necessarily be a by-product of bread making, but perhaps as an intentional process in its own right. So, if the origins of beer are not European, where is beer’s European capital?

I would venture to suggest that there are three competitors – our very own Burton-upon-Trent, Bruges in Belgium and Munich, because of its internationally acclaimed Oktoberfest. That feels like it needs a poll to settle and I think even this humble opinion could cause a lot of arguments. Start fighting in the comments below. Of course, it all depends on what makes a ‘Capital’ = the birthplace, the tourist attraction, the biggest variety? 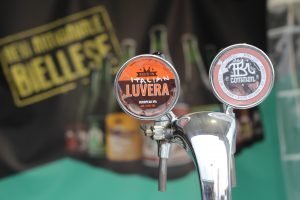 Turin’s brewing scene is visibly on the rise. It has form, as historically breweries were concentrated around the pure waters of the river Po in the city, although they declined into the industrial period. The biggest modern craft brewer in the area is arguably Baladin, but they come from Cuneo and not Turin. There are now growing communities of microbrewers making excellent brews. Check out places like the brewpub Birrificio La Piazza. A lot of beers are still very light and rather uninteresting lager styles, but the trend for real ale as the British would recognise it continues to grow and more variety is becoming available.

Sorry Turin, no chance. Undeniably, the Turin Metropolitan area is home to some beautiful vineyards and some incredible wines. The Passito of Caluso, featuring the delicious white grape Erbaluce is a shining example, However, being only 30 miles away from Barolo, with the neighbouring villages of Alba and Asti – each with their global reputations – unfortunately Turin cannot take the title of Europe’s wine capital either. Where does? Well, that’s a matter of taste surely. I would imagine that many would argue for somewhere in France to take the title, and for me that would probably be Alsace because I love the variety and aromatic character of their wines. But I think this is a topic to ponder over more!

Not strictly Turin, but wine in Roero, Piedmont.

I have to give the European Capital of Gin to London. While London Dry Gin is a style, not a geographical indication, both the history and development of gin and the current renaissance it is enjoying are intricately linked with our nation’s capital. Gin, coming from the Dutch Jenever – and of course deriving from the name of its key flavouring juniper – was first popularised in London during the reign of William III. There were 24 distilleries in the city at the beginning of 2018 and undoubtedly this number has subsequently grown.

That said, this year’s Festival of Food Journalism in Turin did see the first ever gin distilled with Taggiasche olives being presented as a collaboration with a local distillery.

OK, I could probably write a book on this one day. So let’s take a quick whizz through.

Rum – does this intense Caribbean spirit even have a European spiritual home?

Whisky – Well, far be it from me to start yet another row, but (sorry Ireland) my gut allocated the European Capital of Whisky to the whole island of Islay. But if you’re going to drink whisky, you may as well drink ’em peaty in my book! A younger generation of whisky drinkers is certainly growing up in Italy at the moment, but they are celebrating the global traditions of whisky, rather than necessarily making it their own. There are some distilleries, and of course like other major Italian cities Turin can boast some of the world’s best bartenders. But again not quite enough to make a capital.

Galliano – The ‘Spirito Italiano’ was invented in Tuscany.

Vodka – We’re out of my comfort zone here, but I would guess that the capital of vodka is going to be somewhere in the Slavic countries of central and eastern Europe, or perhaps Scandinavia?

I have no conclusion. Writing this post only demonstrates that I have barely scratched the surface on this topic. I’ve not even talked about the majority of types of booze, just the major food groups. I think I could spend the next 30 years writing about this. However, I do think that I have come to a conclusion about Turin. It IS the capital of vermouth – its home and its heartland. But it is not the European Capital of Booze. I am yet to come up with an alternative, or even a shortlist. But I adore the history and the heritage, the culture and the conditioning, that is tied up with this topic. There are some hotly contested titles to be had here, some proud national and cultural identities that are deeply engaged with these drinks. I think I’ll just sit back and take my time to explore this one in more depth.