What have I been pouring?

After our recent beer trip to The Big Smoke, I acquired a few little beer samples to bring home and I thought you might like to see what I got! It was really interesting to me to see how some other people are apparently quite dismissive of their local breweries. 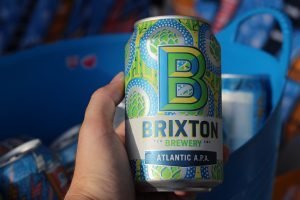 As I was in the company of lots of people from London, it was clear (quite understandably) that the likes of Brixton Brewery cans were commonplace. And so people seemed surprised that I was interested to take them home and try them at my leisure. Yet no doubt if I had a selection of bottles from Anstey Ales, Framework Brewery and Old Sawley Brewing Co, they would be falling over themselves to try these little known delights. All a question of perspective I suppose! But important to remember other people’s perspective is different from your own.

Thinking about this actually made me realise how relatively rare it is to see London-based microbreweries represented here in the Midlands, particularly in cask. I have no doubt that this is a consequence of the many, many routes to market they have available in their immediate vicinity – making distribution costs easier on the pocket for the smaller brewer. I get that, but it does feel a little like there is a London brewing bubble, and then there is everyone else. And for once, it isn’t ‘everybody else’ that’s missing out!!

Brewed by Hook Norton Brewery in Oxfordshire. This sessionable pale has a lovely rounded hoppy bitterness but still feels really light and well balanced because of the predominant citrus notes. The grapefruit and lemon aromas add to this experience and make this a deeply refreshing brew. Loverly.

Two cans from this Peckham microbrewery next, a brewery I had not had the opportunity to try before. Unfortunately the Peckham Pils is nothing to write home about. It has little aroma to speak of, is undeniably crisp and refreshing. Ultimately I’m afraid I found it to be an entirely unremarkable pilsner. 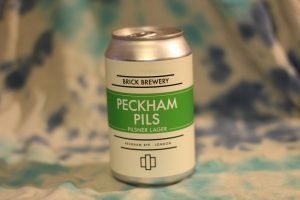 Conversely, I found the Peckham Pale to be incredibly enjoyable. The gorgeous nose was tinted with lemon, pine and green leaf aromas. It very much put me in mind of the heavy West Coast pales that I love so much. It’s deep colour belied the incredible balance of flavours. Absolutely an ale I would return to, given half the chance. Although I was disappointed by the pils, this was enough to pique my interest into finding what else they brew.

An American offering rounds off this selection. Melvin Brewing is deep in America’s heartlands – Alpine, Wyoming to be exact. Their 2×4 DIPA weighs in at a hefty 10%, so I made sure The Boy was around to share this one with. It is worth every percentage point though, as you might expect. You can taste every one of the 100 IBUs. With a fantastic head, tropical bold hoppiness and complex layers of bitter, slightly sour and astringent notes, this double IPA has just as much complexity as you can expect from the style. To my taste it was grapefruit and peach notes that predominated. A real sucker punch to the palate, I am expecting the first stages of hop blindness to set in after enjoying just half a can of this delicious offering. 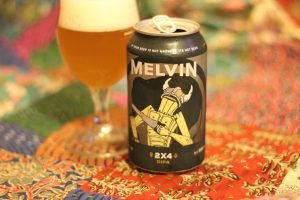 What beer samples have you got your paws on that has really taken your breath away recently?